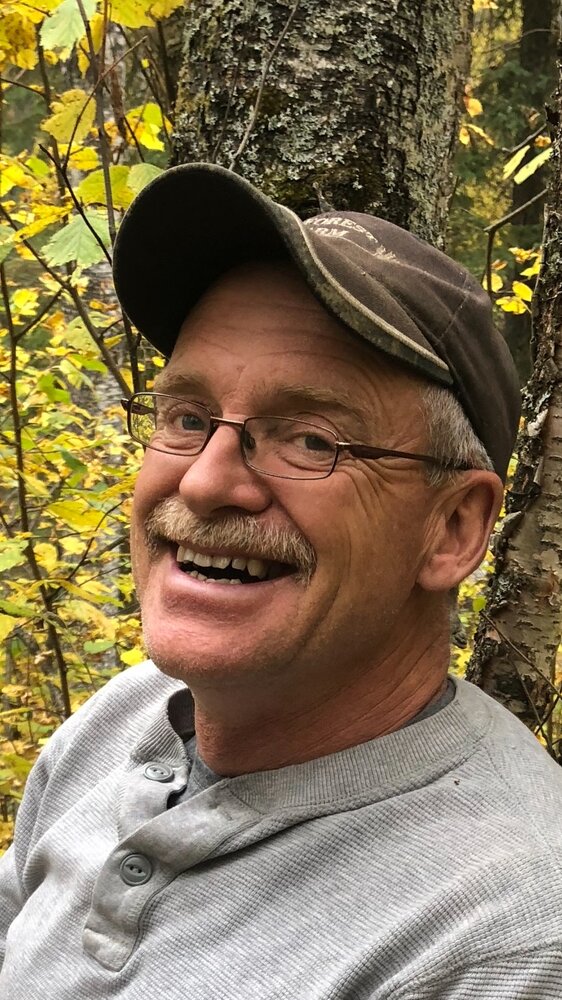 The Remembrance Store
Send Flowers
Obituary
Please share a memory of Dylan to include in a keepsake book for family and friends.
View Tribute Book

Dylan John Roberts was born to Hugh and Eva Roberts on June 17, 1962. He joined his brother Bob and his sister Patricia, and in a few short years, his younger brother Jeff completed the family. As a youngster, Dylan was involved in helping out on the farm and having a little bit of fun while doing so, which included slingshot safaris in the bush and “white water rafting” in the willow slough.

On September 18, 1982, Dylan met the love of his life, Lana. They were absolutely inseparable and we’ve heard from both Lana and her older brothers, that they would see Dylan flying down the Coxby grid in his little green Toyota truck to pick Lana up for a date. There were also many times that they went ripping on the trails in the bush too. Dylan and Lana were married on July 14, 1984. They started their family in May of 1991, when they adopted Chelsey. That number grew to two, when Matthew was adopted in December of 1992. And when Cassidy was born in May 1998, she rounded out their family of five.

Dylan was an outdoorsman and a rancher. He worked at the research station in Melfort in the early 1990’s and then came home and ranched for many years. He loved being in the bush, whether it be for gathering winter firewood or for a nice walk with Lana. In the last few years, he found the artistic side of firewood, bought a sawmill, and began creating candle holders and coasters, which soon turned into coffee tables, stools, and a log bed. He enjoyed hiking, fishing, and canoeing in the summer and snowshoeing and cross-country skiing in the winter and taught his kids how to do the same. He and Lana would sometimes disappear for a weekend in the summer without telling anyone and return with photos of their little tent set up 5 feet from the shore of a northern lake.

Our CRV church was so dear to him. Dad served as a trustee, Sunday School assistant (just loved those kids!), church Christmas tree searches and set ups, being a friend to others, his faith so strong.

He taught his family about life and love and how to be the best people they could be. He was a humble man of few words but he never missed saying “I love you” to Lana or their kids. Dylan was a great listener and would solve those life problems with a one liner of wisdom. He inspired his kids to pursue their dreams, education and careers and in particular, he inspired Matt to become a commercial pilot. He made sure that Lana and their kids were nurtured and cared for and taught them how to be strong and grounded in their lives.

We will miss him in every sunrise and in every sunset but we know that he will live on inside each of us. We will all be with him again some day.

In the words of poet e.e. cummings: “i carry your heart with me (i carry it in my heart) / i am never without it (anywhere i go you go)”

Memorial contributions in memory of Dylan may be directed to the Carrot River Valley Lutheran Church P.O. Box 1181 Melfort, Sask. S0E 1A0

Look inside to read what others have shared
Family and friends are coming together online to create a special keepsake. Every memory left on the online obituary will be automatically included in this book.
View Tribute Book
Share A Memory
Send Flowers
Plant a Tree